Abstract：During the Japanese colonial period, over a million men were taken from Korea to labor at sites across Japan and South Pacific islands; over 145,000 of them were sent to Hokkaido. There, many of them were worked to death, and some were buried in the woods. Around the time of Chusok (Korean Thanksgiving) in 2015, Korean and Japanese volunteer organizations escorted the remains of 115 young Korean men from Hokkaido, Japan to Seoul, Korea. The journey back home took the route they had taken 70 years earlier. Crossing the Japanese archipelago from north to south, a ceremony of remembrance was held in every major city en route. After the arrival ceremony at the Korean port of their departure, Busan, and an official funeral at the Seoul City Plaza, the victims, who had been abandoned and forgotten in the woods of Hokkaido, were finally buried properly in their homeland 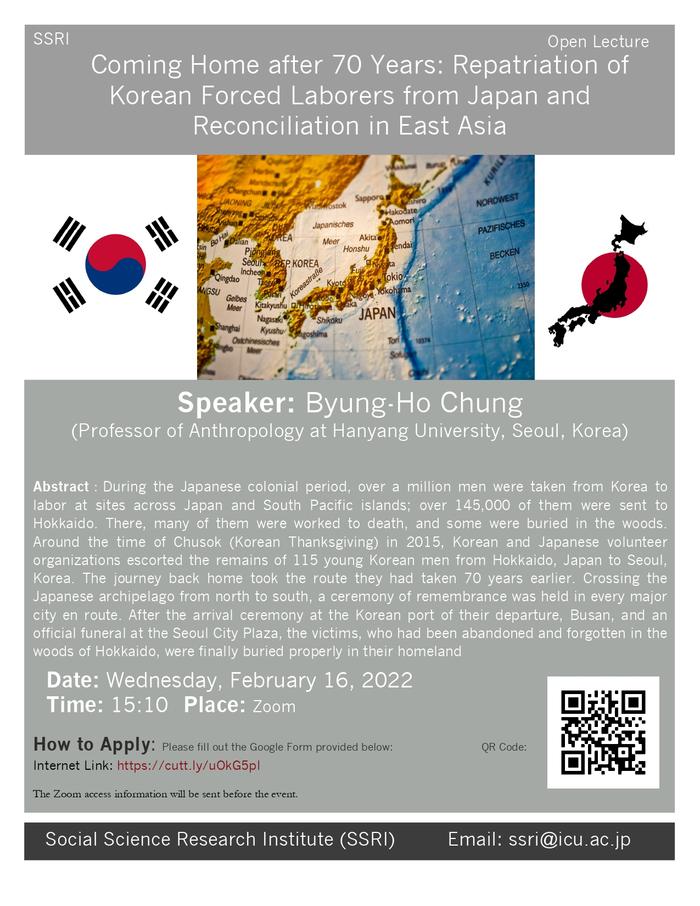